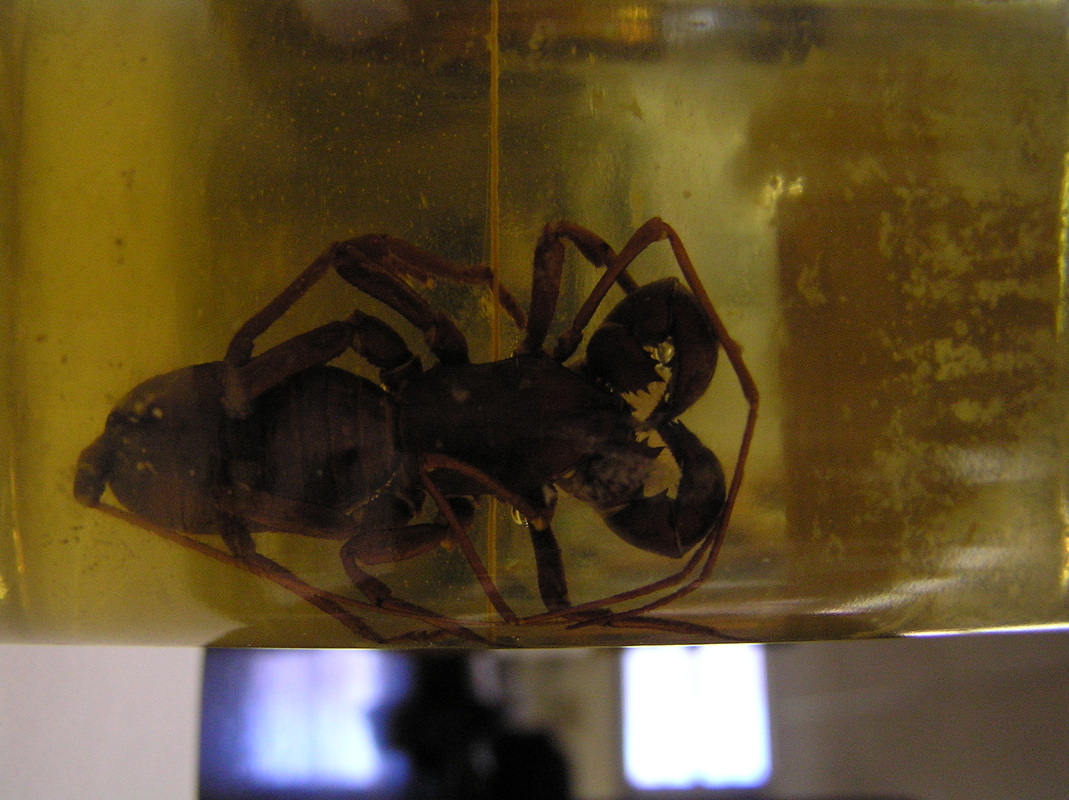 The whip scorpion is a genus of tropical and subtropical arachnids. The first pair of walking legs are elongated and thin. They are used as sensory organs to "feel" their way around their environment. Directly behind the first pair of sensory legs are robust pedipalp limbs used to crush and hold prey. Near the rear of the abdomen are glands that can spray formic and acetic acids towards a potential predator. At the posterior end of the whip scorpion is a tail-like telson.

Whip scorpions are secretive animals and prefer the shelter of caves, burrows, leaf litter and under rocks. They are restricted to the warm tropic and subtropic regions on Earth.

Other than being raised in captivity by hobbyists, the whip scorpion has no known importance to humans and is rarely seen in the wild.