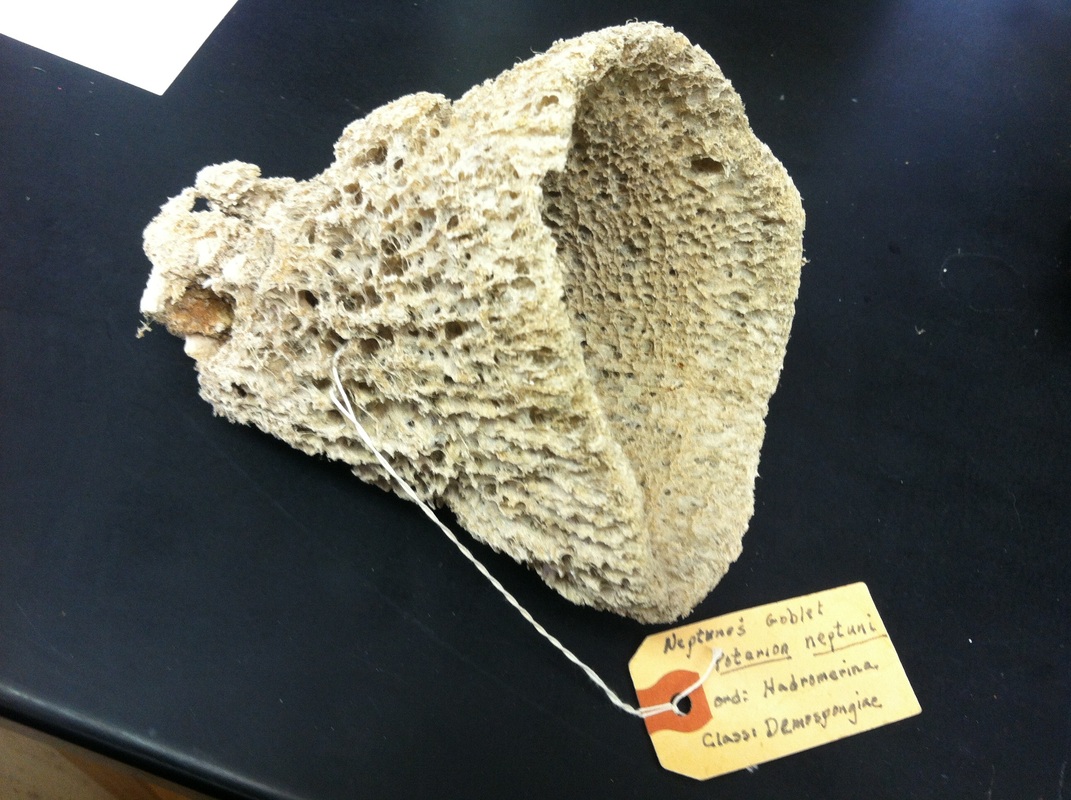 Neptune's Cup is a very large sponge that can reach over a meter in height and width. It's name comes from its wine-glass shape. The species was thought to be extinct in the early 1900's but living specimens were discovered in 2011. It is a filter feeder and lives a sedentary life-style, attached to the sea floor via a large root. There is still not a lot known about the Neptune's Cup sponge given its recent rediscovery.

The most recent living specimen of Neptune's Cup was found off the coast of Singapore attached to the muddy bottom of the sea floor.