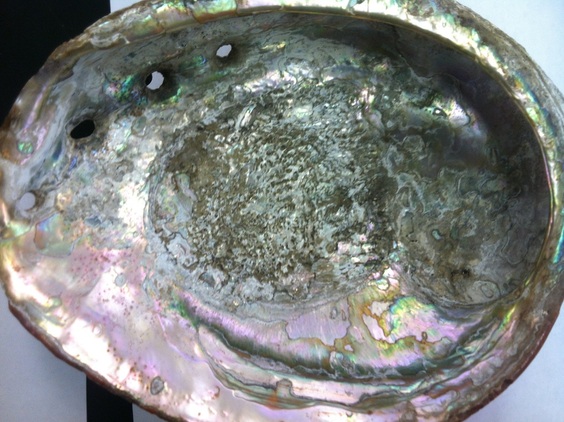 One of the most sticking features of the Abalone is the shell. It has a row of respiratory holes. The inner side of the shell that comes into contact with the mantle has an iridescent sheen. The Abalone also has a muscular foot with a strong suction so that it may attach tightly to rocky surfaces. They also have a sensory epipodium that projects beyond the shell edge in the living animal. To breath, the Abalone has a set of gills residing under the respiratory pore. The Abalone also has a heart with a closed circulatory system. They feed on marine algae in the wild and tend to stay in one location to wait for food to float by. Sexes are separate and mating occurs when the eggs and sperm are released through the respiratory pores.

Species of Abalone can be found world-wide along the coastal waters of nearly every continent. The majority of the species are found in cold waters.

Abalone are used extensively for commercial use by humans. Their flashy shells are often sold at tourist shops and are even used as currency in certain instances. They are also harvested for food. There are a number of Abalone species raised specifically for commercial use in a farm-like setting. However, over the last 20 years, the Abalone populations have been in decline largely due to illegal hunting.