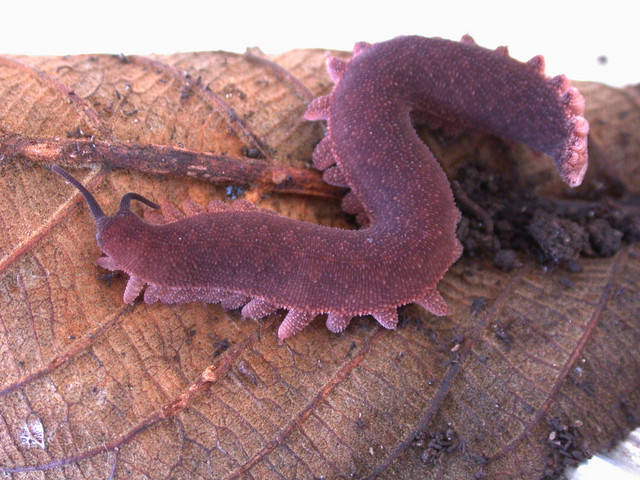 Velvet worms are comparable to "worms with legs" They have an obscurely segmented body with relatively small eyes. They have sensitive antennae used to find food and multiple pairs of legs with slime glands. They catch other smaller insects by entraping them with a mucus lasso. They are unique in that they give birth to live young that go through direct development to become an adult.

Tropical regions in the Southern Hemisphere. They can most commonly be found hiding in rotting logs during the daytime.

The velvet worms are of interest to scientists who study their unique social behavior and reproductive habits.