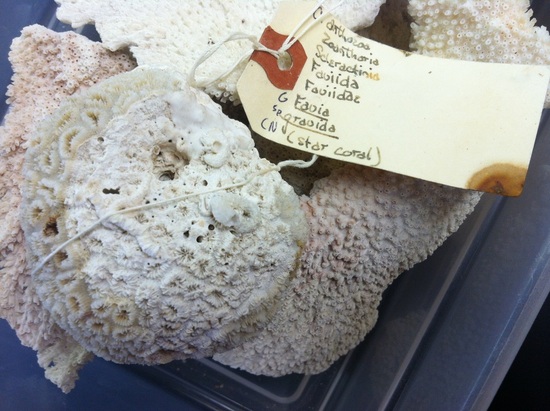 The star coral is a coral that grows in small colonies that form domes or cone-shaped structures. They have a highly variable appearance and can be green, brown, orange, red and grey in coloration. The polyp colonies of the star coral have sweeping tentacles that elongate to capture planktonic food particles. It is gonochoric, which means that the colonies are composed of a single sex. Depending on whether a coral has male or female colonies, the star coral will release either eggs or sperm during mass spawning periods during the summer months. Like other corals, the star coral has symbiotic zooxanthellae that supply it with nutrients derived from photosynthesis.

The star coral can be found in reef ecosystems in the Caribbean, Gulf of Mexico, Florida, Bahamas and Burmuda. It is most abundant at depths between 10 and 30 meters.

The star coral is a reef building coral that can make up a large portion of the coral reef ecosystems that humans rely on for a variety of reasons. They are of interest because star corals have been known to be prone to bleaching.