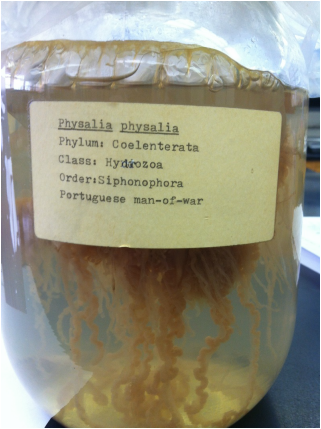 The Portuguese man-of-war has a geographic range from the Atlantic Ocean, Pacific Ocean, Caribbean, and Sargasso Sea. It floats on the surface of  tropical marine waters.

In areas of high tourism, the Portuguese man-of-war can be especially harmful to humans due to its powerful neurotoxin. Much money is spent year-to-year in order to treat swimmers who are stung by individuals that have washed up on beaches. A substantial inflammatory response is the primary symptom of a Portuguese man-of-war sting.