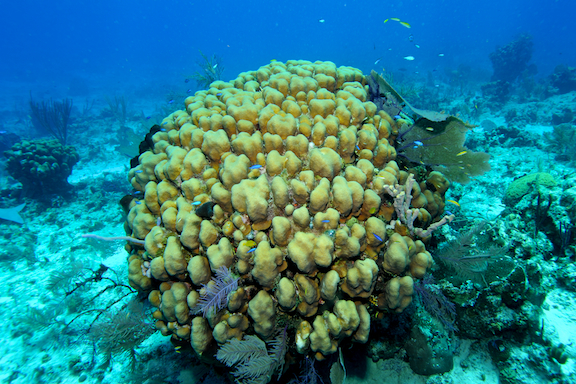 Boulder Star Corals live in the Caribbean, Gulf of Mexico, Florida, Bahamas, and Bermuda. It is found from 0.5-82m below the surface. Like other coral species, the Boulder Star Coral requires warm water temperatures and light for their symbiotic zooxanthellae.

Boulder Star Coral is one of the main species of coral responsible for reef building and is now endangered.  Numerous conservation efforts and studies are being conducted in order to attempt to better understand the importance of Boulder Star Coral and other similar species to their surrounding ecosystem.