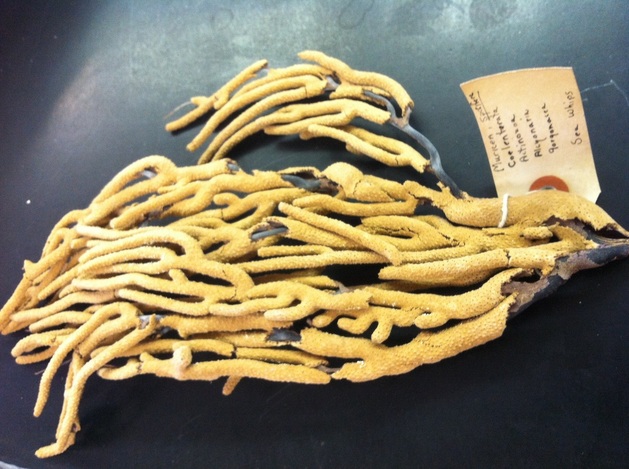 The sea whip is characterized by long, finger-like growth and comes in a variety of bright colors. The "whip" portion of the cnidarian consists of a colony of tiny polyps that grow on top of one another in a continuous single stem. Spicules embedded in the polyp body provide firm and flexible support. A sea whip colony can reach several feet high but only a few inches thick. The polyps of the sea whip catch plankton and other small microorganisms.

Sea whips are found in the shallow waters of the Atlantic Ocean near Florida, Bermuda and the West Indies. Their shape and structure depends largely on their location.

Other than being part of a balanced ecosystem, the sea whip has no known importance to humans.