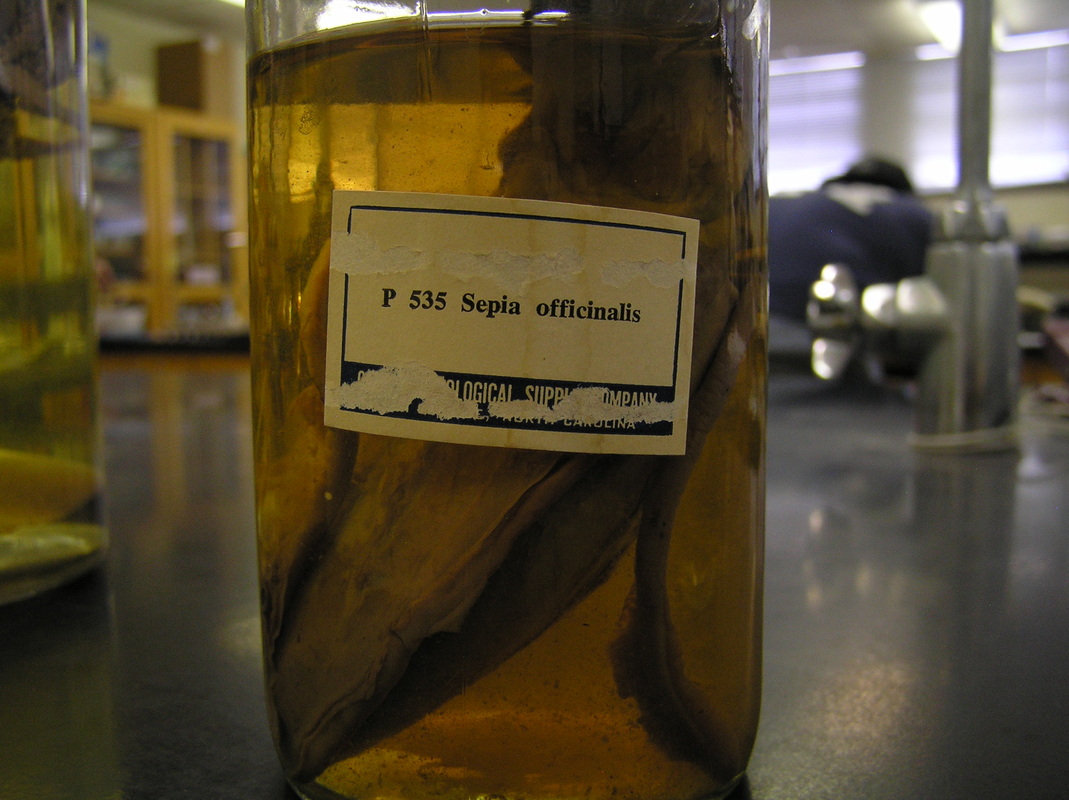 The body of the common cuttlefish is broad and flattened and takes on an oval shape when cut cross-sectionally. They have well developed heads containing large compound eyes and beak-like jaws. To aide in movement, a fin runs around the lateral sides of the body from behind the head. The common cuttlefish has eight arms with suckers that encircle the mouth and are used to manipulate prey towards the mouth. They also have an additional pair of tentacles that can be used to catch prey. Coloration the the cuttlefish species varies because they are able to change the color of their skin to better blend in to their environment. Common Cuttlefish have an internal cuttlebone that is filled with gas and aids in buoyancy. During the spring and summer months, males and females migrate to warmer waters to spawn. After spawning, the male and female individuals die.

The common cuttlefish is found around the southern and western coasts of Britain as well as the eastern Atlantic from the Baltic Sea to South Africa and the Mediterranean. It inhabits the shallow sublittoral zones along the bottom consisting of muddy or sandy substrates.